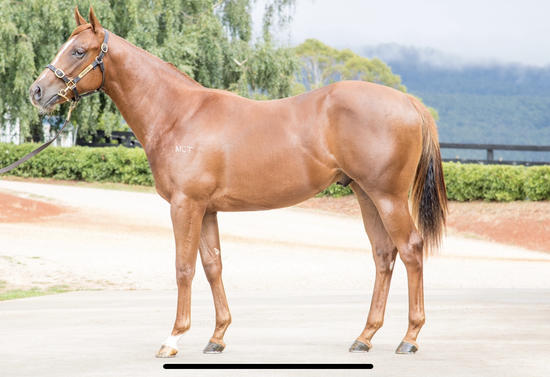 This newly gelded strong flashy chestnut is the image of his sire. With an impressive pedigree on both sides by a Caulfield Guineas winner, out of a Nicconi mare. He looks to be an early running type, currently being broken in and we are pleased to add him to the team.

SHOOTING TO WIN is a son of NORTHERN METEOR and a brother to fellow speed machine DEEP FIELD but he was a serious racehorse in his own right.

SHOOTING TO WIN was unbeaten in two starts as a two-year-old before returning at three to claim the Group 2 Stan Fox Stakes, beating SCISSOR KICK ahead of his victory over fellow sires RICH ENUFF and WANDJINA in the Caulfield Guineas.