ANDRASSY TOO GOOD AT SANDOWN 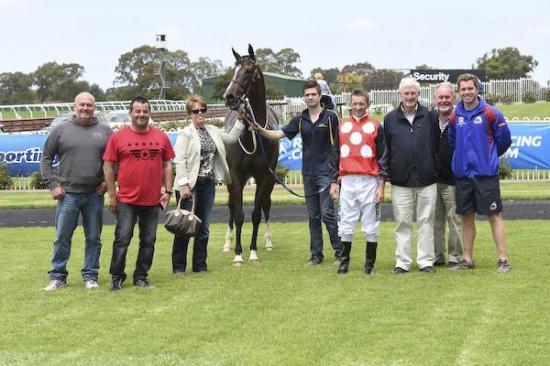 The stables high opinion of Sharkbite filly Andrassy was vindicated at Sandown on Wednesday when she recorded her first victory in the $25,000 Guinot Skincare Plate (1400m).

At just her fourth career start Andrassy has finished fourth at her two runs back this campaign - the later also at Sandown - a big spacious tracks which seems to suit her racing style. Installed a $10 chance with bookmakers she tucked in midfield for cover from the wide alley and claimed the lead at the 100 metre point to maintain a narrow margin.

The victory was full of merit showing a strong will to win - and a big thrill for her connections to win a race in Melbourne. The story behind her name also didn't go unnoticed!

Andrassy appears to be an earlier runner as was her dam Pride Of Ardrossan who won three of her four races.

Congratulations to the connections involved who have now banked over $18,000 from four career runs.