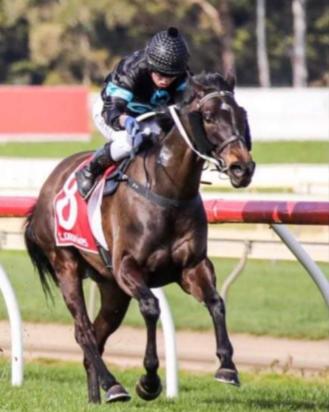 Four-year-old mare Aniceta heads to Sale on Sunday August 30 in a bid to break a run of three consecutive placings to start her career. The daughter of Canford Cliffs will be looking to get her Maiden out of the way in Race 2 on the Sale program and Allison Sheehan is very happy with the way she is going. “She’s got loads of ability, but is still doing a bit wrong”.

Aniceta bumped into a potential star last start but she lost no admirers in running a gallant second. Chelsea Hall retains the ride after doing everything perfectly last start. The pair will roll forward again from barrier 11 however Allison is hoping the mare doesn’t over do it up front as she has done previously. For that reason, Aniceta will get the earmuffs on. We’ve seen Aniceta run well over 1208m and 1300m already in her short career and now she’s had a solid foundation the rise back to the 1200m should prove no issues whatsoever. From that starting position at Sale, Chelsea Hall can work forward at her leisure with a long run to the first turn. Allison is again confident of a forward showing and fingers crossed she breaks through for a deserved win.