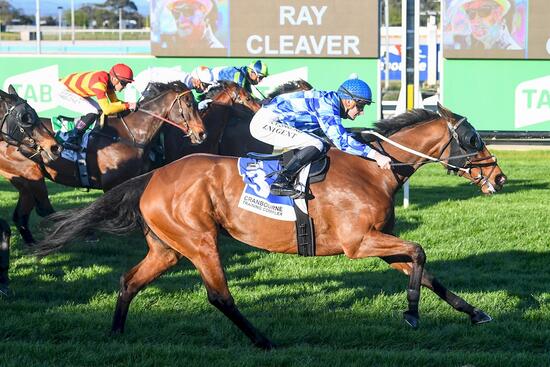 It is no mean feat to give weight to promising horses but then El Questro is no average mare - as she showed with her gutsy performance at Cranbourne on Sunday; her classy victory in the BM78 1400m contest the sixth of her consistent career.

Having worked hard from an outside gate at her previous start at Caulfield, the tough seven-year-old enjoyed a better run from a nicer draw this time - enjoying a lovely trail behind the leaders.

Niggled at approaching the turn - not really relishing the tight Cranbourne circuit, El Questro took a while to really wind up but, after getting into the clear four wide turning, she was one of five horses making their runs with 200m to go... and over the final stages she was the strongest of them, getting clear late to salute by a soft 3/4 length.

"At the turn I was regretting running her at Cranbourne," Allison admitted, but once El Questro balanced up it was all cheers.

"She did take a long time to wind up," Teo reported - "she was only coming that last furlong. The way she is racing now she probably wants a mile and there are some nice races coming up for her back in the city."

Showing versatility winning from 1100m to 1400m on good, soft and heavy tracks at Bendigo, Geelong, Sandown, Flemington and now Cranbourne, El Questro tries her heart out every time - the perfect racehorse!