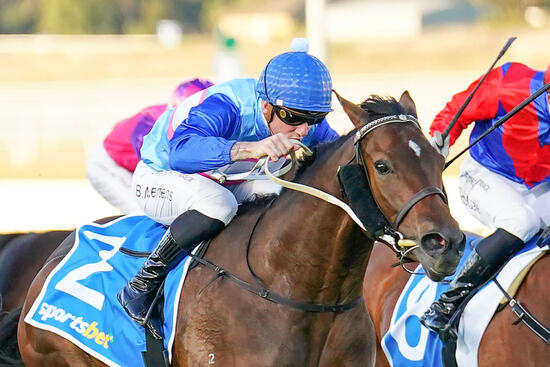 He was short in the market - and for good reason, Cheryl's Lad proving a class above his rivals breaking his maiden in easy fashion at Pakenham on Thursday evening.

Having his first run since late spring, the lightly raced and promising four-year-old - who has only missed a placing once in six starts - travelled sweetly throughout for Beau Mertens and after hitting the lead early in the straight he just kept finding.

Challenged with 100m to go, Cheryl's Lad gave a kick and was getting clear late - his winning margin of a length a soft one.

"He was pretty unlucky not to have broken his maiden in his first preparation," Mertens noted.

"This was his race and he did a good job. I did think that the second horse was going to run him down but he dug deep." 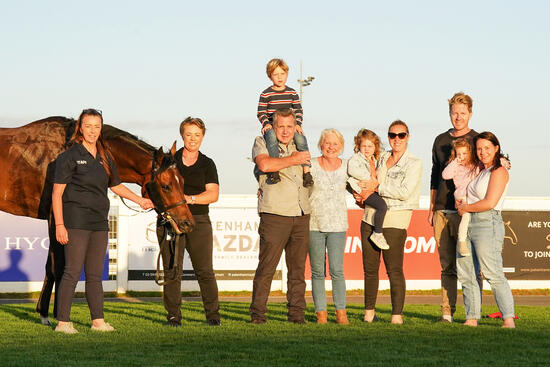 "He is still a baby in some ways but he is starting to put it all together, I think he can win a few races this time in."

It was a particularly special win for Allison - her first at Pakenham since the track became her home base just a few weeks ago.

"We are loving Pakenham's big, wide open spaces and the fantastic track surfaces. It is such a relaxed enviroment, I love it and so do the horses!"

"It is really nice to knock off his maiden," she said, confident that Cheryl's Lad will improve as he gets over a bit more ground.

"He will definitely be better over further," she said, describing the gelding as "an honest, consistent horse who hardly put a foot wrong during his first preparation."

Though it was not easy sailing before that - Cheryl's Lad hard work at first but fine once he realised he quite enjoyed being a racehorse... "one he went to the races the penny dropped and he hasn't looked back, he just loves his job!"

"It was a lot of hard work getting him to the races so I have to thank my wonderful staff and his patient owners."

"And Beau - the horse can be a bit tricky but he knows him and gets along with him really well."

A home-bred for the Dickson family, Cheryl's Lad is a son of Sharkbite (sire of the stable's terrific mare Andrassy) and the placed Archway mare Kipaway - full sister to the South Australian Derby winner Tails Of Triomphe.

Cheryl's Lad boasts an interesting pedigree with crosses of three influential mares within seven generations - Natalma (dam of Northern Dancer and third dam of Danehill), Best In Show ( fourth dam of Redoute's Choice and grandam of Try My Best) and Djebellica (dam of Cambremont and fourth dam of Archway).